The long-term evaluation of the prognosis of implants with acid-etched surfaces sandblasted with alumina: a retrospective clinical study

The aim of this study was to evaluate the long-term clinical stability of implants with acid-etched surfaces sandblasted with alumina using retrospective analyses of the survival rate, success rate, primary and secondary stability, complications, and marginal bone loss of the implants.

Subjects and Outcomes of the study

96 implants were placed in 45 patients. Five implants were removed during the follow-up period for a total survival rate of 94.8%.

Survival rate according to implant type

Survival rate and marginal bone loss according to implant diameter

Survival rate and marginal bone loss according to implant length

There were 5 cases of implants that failed to survive during the observation period. There was a significant correlation (p < 0.05) between survival and complications, and more than 1mm of bone loss within 1 year after completion of the prosthesis.

Of the 96 cases, 5 implants failed resulting in a 94.8% survival rate. The failed implants were all cases of early complications such as infection, failure of initial osseointegration, and early exposure of the fixtures. Periimplantitis was mostly addressed through conservative and/or surgical treatment and resulted in very low prosthetic complications. Therefore, if preventive measures are taken to minimize initial complications, the results can be very stable.

The solutions you need in just one place. 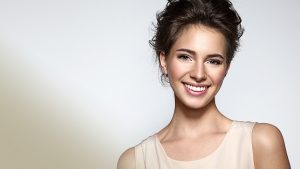